Tactilon Dabat is a rugged smartphone with a TETRA radio inside - and it is designed for ergonomic push-to-talk use.

Use it as a TETRA radio for critical communications. Use it as a smartphone for mobile applications and special public safety apps.

In other words, you have TETRA and LTE available in one device.

Tactilon Dabat has a big and bright touchscreen: advanced applications are right at your fingertips. And the touchscreen can be used also when wearing gloves.

Tactilon Dabat has won the category of "Best evolution to future broadband" in the International Critical Communications Awards. The award recognized Tactilon Dabat as the forerunner in the dual use of both TETRA and broadband.

Tactilon Dabat also won the Intersec Award of “Innovative Security Product of the Year” in 2018.

In addition to its smartphone capabilities, Tactilon Dabat offers the same functionality once found only on TETRA radios. It can operate on any standard TETRA network on the 380–430 MHz frequency band.

A physical push-to-talk button (not a fiddly screen icon) makes it easy for the user to talk to TETRA groups. The professional form factor also makes it comfortable for prolonged use.

For example, Tactilon Dabat is optimised for speech, not music as are many smartphones. It cuts background noise that many professional users struggle with. 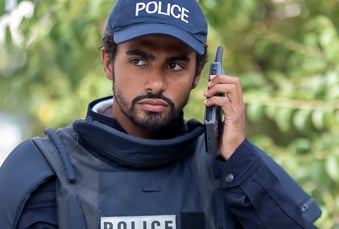 And there are four more ways that Tactilon Dabat is built to cope with professional use.

Built to cope with professional use 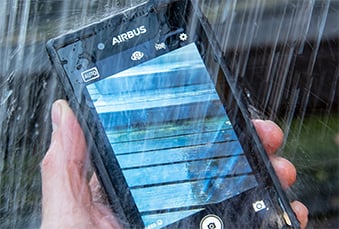 Tactilon Dabat is very rugged. It meets both IP 65 and IP 67 classifications. (Some consumer smartphones do not even state their IP protection class.)

There are special functions for personal safety: the red emergency key, “man down” or the advanced Lifeguard feature, and the ability to disable the device either temporarily or permanently over a remote connection.

Professionals value security and privacy. That is why the apps in the Tactilon Dabat specific ecosystem are tested against security threats and malware risks. They are also rigorously tested and certified to verify for example that they do not break the mission critical PMR voice and data or drain the battery during field operations.

Get to know Tactilon Dabat 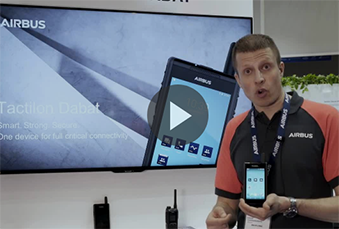 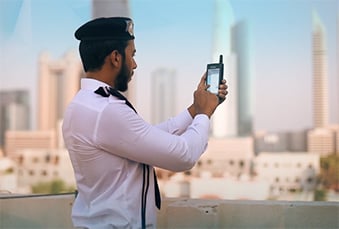 This device is your choice for working in a hybrid TETRA and LTE environment.

Catalin Gheorghiu from Airbus gives three expert tips for those who need to use both TETRA and LTE for their communications. 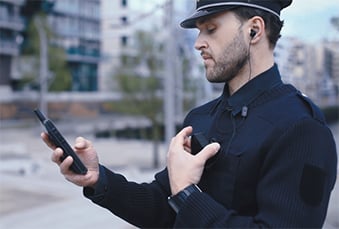 All the communication tools you need – in one device. Your team has advanced applications, built-in security and broadband data at their fingertips. Identity checking complete with database lookup, map apps, messaging AND secure group communication.

Get all details of this exciting product - download its technical specification. 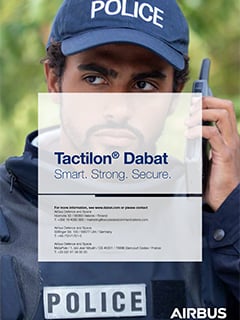